Shopify Online Store 2.0 – What does it mean for your Business?

! Shopify has rolled out its version 2.0. If you have a store on Shopify, you know Shopify is not a company that rolls out newer versions until it has something substantial to put on the platter. With this update, they have brought out changes which weren’t just developer requests, but have also kept the store owners in mind. So, what do the changes translate for you if you are a Shopify store owner or thinking of creating an online store on Shopify?

Yes! Shopify has rolled out its version 2.0. If you have a store on Shopify, you know Shopify is not a company that rolls out newer versions until it has something substantial to put on the platter. With this update, they have brought out changes which weren’t just developer requests, but have also kept the store owners in mind. So, what do the changes translate for you if you are a Shopify store owner or thinking of creating an online store on Shopify.

Let us unwrap the Shopify Online Store 2.0 package and see what’s in it for you as a store owners.

With the 2.0 version, Shopify has simplified the creation of sections and modifications in the page layouts so much so that you can now demand page layout changes just the way you want them. If you have been a store owner and have been thinking that your store could use a new functionality or layout change, and your developer was a little skittish about those demands, now is a great time to ask for it. The new version has a lot to offer when it comes to customization of the Shopify themes.

Ever so slightest change in the product description and its metafields required the intervention of a developer. This made the Google SEO related changes to be in your store nearly impossible. With the new metafields editor, you can simply make those changes yourself without having to bother your developer. It is one change which will keep your website loved by google at all times and your store on top of their lists.

A newer way to work with Themes

If you know the Gutenberg block editor on WordPress, you know how easy it is just to bring a widget on the page and add or remove blocks. The newer version of the themes makes adding content in blocks just as easy. And there is a whole new tree view which will enable you to edit and create changes in a snap. This brings power in your own hands and all those fancy changes that you have been wanting in your store layout, just note them down and get ready to discuss them with your developer. A lot more is possible now.

Changes to the backend

The 2.0 version has made such tremendous changes to the backend of its store that your store performance is now on steroids. The performance benchmark ratings between the existing version and the new 2.0 are mind blowing literally. In case of sheer performance it has gone up to as much as 30%. The website load times and its render speeds have seen a drastic improvement.

A lot of it has to do with the ability to render the scripts written in Shopify at a native level. This reduces the lag time considerably.

Then the newer minimal javascript buildup means even lesser time in chunky script reading along with the ability to let developers use the browser level rendering.

All these combined make the Shopify Online Store  2.0 literally a no-brainer upgrade for your store.

Be it any website, a quicker load time and render speed makes it the favorite of search engines especially google. The search engine rankings are higher and your products are better recommended to people looking for such categories on the internet. Ecommerce or online stores have the additional pressure of having an efficient and seamless store experience because studies have shown time and again that time lags, even in fractions of seconds, can increase the customer dropout rates considerably.

Shopify’s own data studies show that if the speed of the page by a mere 10%, there is a conversion increase of 7%. We are talking about 7 more customers converting for every 100 who landed on that page. This very figure warrants a change in your website pronto.

Shopify has not set a deadline for how long it will support the existing version. And with the slew of changes geared to make your storefront efficient and performance oriented, the case of Shopify Online Store 2.0 should not be built on the consideration of support offered for 1.0.

Shopify hasn’t mandated the upgrade to version 2.0 but this is clearly the point in your business where your “first mover” advantage lies. Get on this new avatar of Shopify 2.0 as early as possible to take your store to the next level and gain that competitive advantage before the rest of the web catches on.

Still not sure whether you should migrate to Online Store 2.0? Contact us, and we will be happy to help you make a more informed decision. Ever since Shopify announced the update, we have already migrated many of our clients and they are happy to have done the migration. 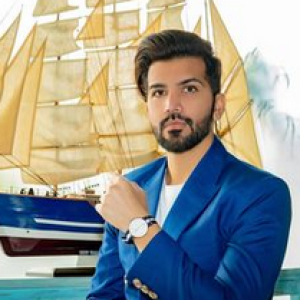 A writer and a marketing guy with interests in fashion, design, branding and the business of fashion. A bit of a savant at everything. The focus words are 'bit of'.
Menu